As another month ends, let’s look back at the data breaches and cyber attacks that have come to light in the last few weeks.

Earlier this month I had a conversation about cyber security that ended with someone offering the familiar opinion: “Oh, I won’t be hacked – our website isn’t very popular”. I’m sure the owner of a Winnipeg mattress store thought that too – before they were forced to pay a criminal who shut down their servers, effectively putting a halt to services and sales.

Andhra Pradesh Tracked You As You Bought Viagra, Then Put Your Name and Phone Number on the Internet for the World to See

French Data Protection Authority Imposes a Record 250,000 € Fine to Optical Center for a Security Breach on its Website

Bithumb $31 Million Crypto Exchange Hack: What We Know (And Don’t) 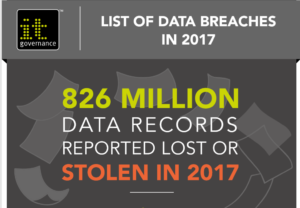 Using the findings of our monthly ‘list of data breaches and cyber attacks’ blog posts, we’ve created an infographic that summarises reported data breaches from 2017. You can download the PDF by clicking here.