The Information Commissioner’s Office’s (ICO) latest statistics on data security incidents have revealed a 17% increase in the number of reported data security incidents in Q4 2017-18. The ICO suspects that the rise may be caused by increased awareness of the General Data Protection Regulation (GDPR) and the launch of its ‘Personal Data Breach helpline’. 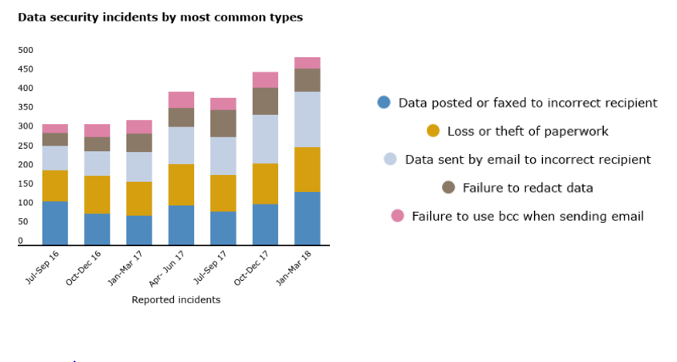 Incidents in which data is sent to an incorrect recipient are generally preventable. Employee errors such as these pose a significant threat to data security within organisations, and show that incidents do not just occur with malicious intent, but can also happen accidentally. To combat and prevent these occurrences, employees who handle sensitive data must have the correct knowledge and a good understanding of information security and best practices.