The Cisco 2017 Annual Cybersecurity Report has just been released, so we asked our head of technical services, Geraint Williams, to comment on the findings. 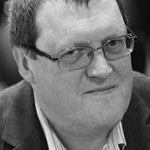 After reading through the report and its findings, it is clear that the main points (below) fit with what we see when we conduct security audits and assessments.

Main points from the report

Look for the best

IT Governance is a professional consultancy and technical services firm providing security and penetration testing which respects the rigorous standards mandated by the Council of Registered Ethical Security Testers (CREST). If you wish to speak to Geraint or to one of our technical services consultants about the best way to test the efficacy of your security defences, call +44 (0)845 070 1750 or email servicecentre@itgovernance.co.uk.